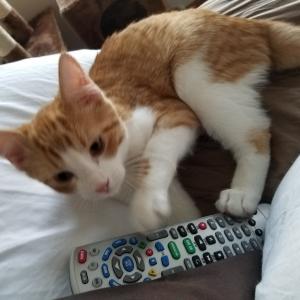 Only a few hours at his fur-ever home and Kennedy is already in charge of the remote. 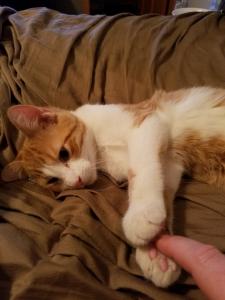 “Thank you for adopting me, human! I give you a paw-finger hug.” 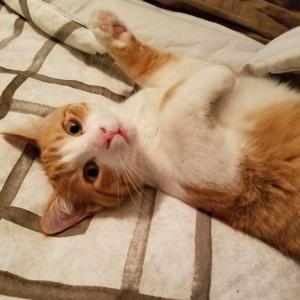 Kennedy poses for his glamour shots.

Just an update on Kennedy. He is a ball of fire! We cuddle in the mornings before work and again after work. His curiosity and fearlessness are impressive.  The first couple of days I thought Grayson was going to have a breakdown and I thought Jackson was plotting Kennedy’s murder but as the week went on, the tensions have subsided. Of course, Kennedy is oblivious to all of this, he’s just going with the flow. Here are some more pictures.  He is such a loving boy and I’m so happy I found him. Have a good weekend!